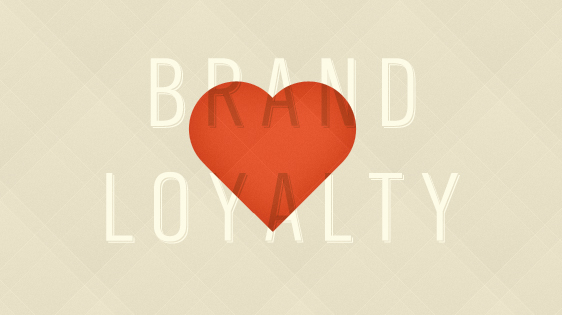 The conversation around brand loyalty has been on a steady decline since the advent of social media.Ever since the term “engagement” snuck into the picture, marketers have been blowing smoke about how important it is to regularly engage with customers, touting the untold benefits of regular contact.

The problem is that this belief couldn’t be further from the truth. Most consumers do not care about how much you engage with them—and I have the data to prove it.

But there is a “secret sauce” that is guaranteed to increase brand loyalty, and it’s closely tied to how you position yourself among the competition, not how many interactions you force on prospective customers.

Keep reading to find out how you can cultivate long-lasting customer relationships that actually stick!

So what is brand loyalty really all about?

According to recent research published by the Harvard Business Review, there are three big myths about brand loyalty.

All of these myths and associated truths are important things to know, but let’s take a closer look at HBR’s elaboration on the last point:

Of the consumers in our study who said they have a brand relationship, 64% cited shared values as the primary reason. That’s far and away the largest driver.”

Having shared values—similar opinions or a common philosophy on a particular issue—was the only significant driver for brand relationships with the fewconsumers who wanted one.

Since a majority of your customers don’t actually care about having a close relationship with your brand, it makes sense that those that do would care more deeply about the things you stand for rather than how often you engage with them. Why would more interactions matter to a customer who already appreciates your product and service quality?

The only thing that is going to enhance that sort of relationship is the knowledge that your business is on the same team as them. This customer will want to see that you share their beliefs and that you incorporate these ideologies into how you conduct business.

The most beloved brands have developed their cult following through a strong stance on issues both within and outside of their industry. For example:

What your company stands for doesn’t have to be lofty or grandiose, but you have to plant your flag somewhere that matters.

Here at Help Scout, we believe that customer service shouldn’t be viewed as a necessary cost that begrudgingly makes it way onto an expense spreadsheet. It should be viewed as your biggest opportunity to dazzle customers and be the driving force behind your company’s word-of-mouth buzz.

Clearly, communicating your brand’s higher purpose outside of making money isthe way to create a genuine connection with loyal customers. According to the research, it’s the only method of creating brand loyalty that truly sticks.

There is one other thing you should know: In addition to being known for a strong stance on issues that matter to them, all of the most worshipped brands became legendary by doing something a bit out of the ordinary … they made an enemy.

Why You Need an Enemy

The quest for brand loyalty doesn’t end once you’ve found a cause to rally for.

Now you need to make an enemy!

At first glance this advice may seem foolish, but you’ll soon see that it’s backed by proven psychological research and one of the most memorable case studies of all time.

Conversely, Apple was the cool, savvy product for young people doing creative work and fighting the system. This rivalry played a huge role in Apple’s subsequent branding strategy and even its more recent Mac vs. PC campaign.

Given how fiercely loyal many Apple consumers are known to be, you may not be surprised to hear that the “Cult of Apple” isn’t just a mocking turn of phrase. Recentneuroscience research had found that the same areas that light up in the brain when thinking about religion also light up for Apple fans when they’re thinking about Apple products!

This loyalty is spurred in large part by the division Apple creates between itself and competitors.

In Henri Tajfel’s study “Social Categorization and Inter-Group Behavior,” Tajfel and his team sought to understand what it takes to create division between random groups.

His findings were shocking, to say the least!

Tajfel and his team discovered that when subjects who did not previously know each other were divided into groups (even by the most arbitrary of distinctions) they would actively discriminate against other groups and favor their own in-group when it came time to dole out real rewards.

What This Means for You

The mere illusion of division, spurred on by meaningless choices (such as a coin toss) was enough to get people to favor their in-group over the other “outsiders.”

Tajfel’s work on social identity also shows us why groups seem to naturally form across all cultures and people of all types:

Social identity theory suggests that people identify with groups in such a way as to maximize positive distinctiveness. Groups offer both identity (they tell us who we are) and self-esteem (they make us feel good about ourselves).

You’ll notice how closely this synopsis relates to the above discussion on being a company that stands for something; people like to support companies with strongly held beliefs because they enjoy being part of a movement and the feeling of belonging that comes with it.

The thing is, group formation is done more quickly (and with stronger bonds) when the group has identified an enemy, as supported by the findings from Tajfel’s social categorization study. This is why sports fans become so close-knit when their team is going up against a rival.

Can your business create the same effect? How can you go about making an enemy without hurting your reputation?

If you’re worried about going toe-to-toe with a competitor like Apple and Microsoft, fear not—you don’t have to make an enemy of a brand, but rather with an idea or abelief.

Instead of rallying cries that criticize Company XYZ, you should clearly position your company against something that your ideal customers are likely to shun as well.

Our friends at SEOmoz villainize snake-oil salesmen in the search industry, denouncing their use of shady “black hat” tactics that muddy up the web and give legitimate search engine marketers a bad name.

So how do you position yourself against an idea to make it your enemy? Below are three tips to ensure that the enemy you choose won’t backfire and hurt your sterling reputation:

In other words, it makes sense for nutritionists to raise their banners against greedy corporations who peddle overly-processed foods filled with empty calories, but it’s folly for them to name-call and badger a competing nutritionist.

So, what idea or belief is your company’s enemy?